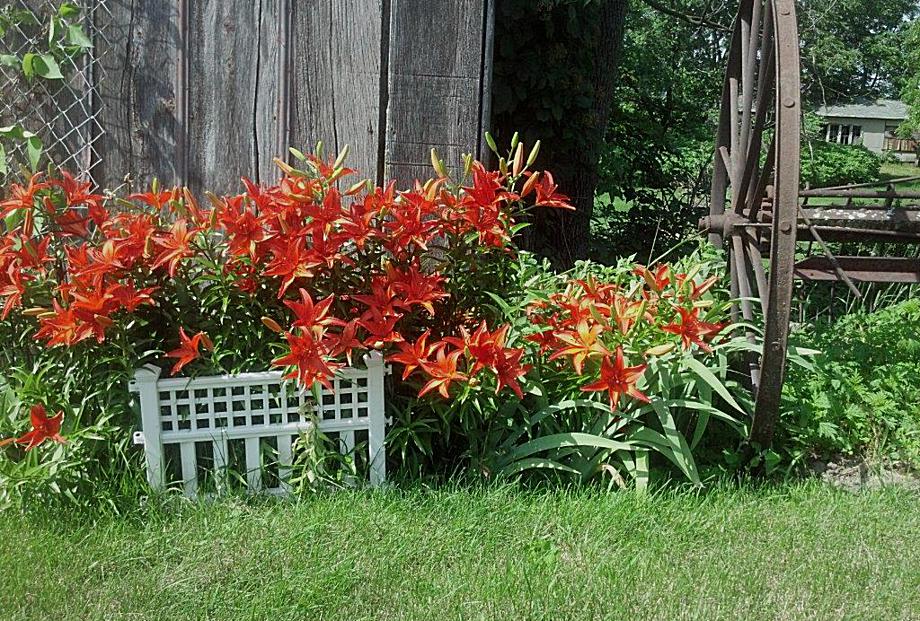 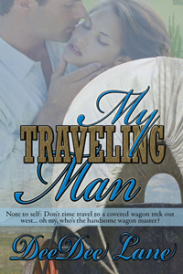 Alice Hanstrom prefers books to people, facts over feelings, and in her world, “adventure” is just a word in the dictionary. That is until the night she braves shadowed hallways of the Cowboy and Western Museum in pursuit of a long-lost diary. Her search of an antique covered wagon halts abruptly when the museum slips Alice back in time.

Thomas Bristol is an experienced wagon master. On a daily basis he deals with cholera, exhausted oxen, and river rapids on the treacherous journey to Oregon Territory. But he’s completely flummoxed when a mysterious woman appears in Big Blue River.

On the trail, Alice and Thomas strive to balance his love of roaming adventure and her desire for predictable orderliness. As the wagon train reaches Independence Rock, the sparks between them catch fire. But can such different people become equal partners in love…and can their love survive the slip in time?

Buy it from The Wild Rose Press
Buy it on Amazon 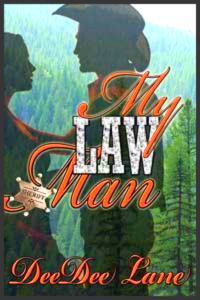 Phebe Brooks is single, cynical—okay bitter—and fighting to stay out of jail by doing community service at the Cowboy and Western Museum. While cleaning a jail cell in the “Lawmen of the West” exhibit, Phebe slips back in time and into the arms of a man who resembles her first love, Rafe Morrow.

Newly hired as Eagle Rock’s sheriff, Rafe, a former sharpshooter in the Union Army, came west to start anew.  This seems possible until his town is overtaken by a sassy female constantly complaining about wearing a dress and then a band of outlaws set on robbing the gold from an incoming stagecoach.

Can Phebe and Rafe cooperate long enough to save the town? For Phebe, it’s worth the risk. She’s determined to let go of past mistakes, get herself on the right side of the law, and have a future filled with love and passion.

My Law Man is the third installment in the Slip in Time series!

Check out Anna Durand's 5 star review of My Law Man! 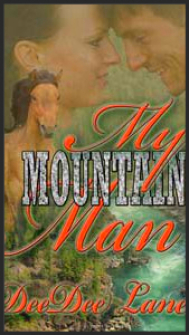 Addy Spencer, Assistant Curator at the Cowboy and Western Museum, is putting the finishing touches on a mountain man exhibit when she slips back in time and into the heart of the rugged West. Big Jake’s sizzling green eyes and gorgeous physique are a dream come true, just what Addy has always wanted. When Big Jake saves Addy from a randy group of trappers set to rendezvous at the Snake River, their love seems possible. But can Addy open her heart to this mountain man knowing that at any moment she could be whisked back to her own time? One thing’s for sure, Addy can’t resist her mounting desire as she uncovers more cowboy delights than she ever imagined.

My Mountain Man is the first installment in the Slip in Time series!

IDA WINNER - Hot off the press - In 2017 MY GAMBLING MAN won third place in the Paranormal Short Category of the International Digital Awards!  Thanks to the OKRWA and their judging team for making this novella a winner! 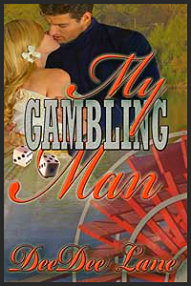 Music therapist Isabella Dawson is on stage at the Cowboy and Western Museum about to receive an award for her outstanding moral character. As her fiancé, Charles Roberts looks on with love, Isabella longs for real passion to exist between them. In that moment, the museum slips Isabella back in time to The Grand Saloon Theater on a riverboat traveling down the Mississippi. Even better, she’s landed in the arms of a gambling man who answers only to “Chaz.” But Isabella would recognize Charles Roberts anywhere. Now it seems, their nights of passion might be possible. But first, she must navigate undergarments she’s only read about, sing as a headliner in the theater, and let go of her need to be perfect. Lucky for her, she’s found a gambling man who yearns to make all Isabella’s dreams come true…looks like this time the cards just might be stacked in her favor.

My Gambling Man is the second installment in the Slip in Time series!

DeeDee Lane's Slip in Time series is published by The Wild Rose Press!